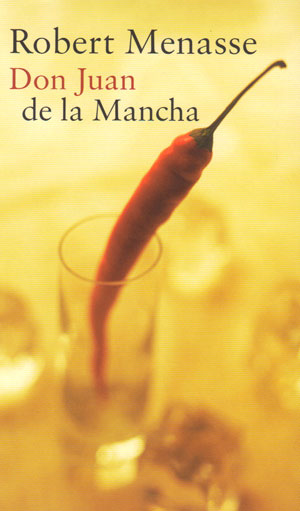 'Don Juan de la Mancha'
from the novel of the same name by Robert Menasse, commissioned and published by Alma Books


The story:
Nathan is an editor for a Viennese newspaper, and maintains an emancipated marriage and an equally emancipated affair, paying frequent visits to his psychotherapist owing to his loss of libido. Whereas Nathan's father sought happiness in women, and his mother found unhappiness in men, Nathan intends to do everything quite differently. But what is he doing differently? Nothing.


Two review extracts:
" … this novel is a daring, engaging and entertaining study of sexual angst and the unforgiving alienation of the seducer. David Bryer's translation is magisterial, capturing Nathan's oddly fluent randomness and bravely taking on Menasse's trickiest puns." Chris Moss for the Times Literary Supplement 8th May 2009


"Nathan, Viennese editor and tireless seducer, talks to his therapist about his greedily indulgent father, sadly thwarted mother, and a string of affairs - not to mention two marriages. Yet all this priapic variation serves to conceal "an absence of desire". A case for Dr Freud? Only up to a point: this ribald, ruthless – but deeply melancholic – first-person novel from one of Austria's leading writers bows far more deeply to the later Philip Roth. David Bryer's translation does the rudely mordant narrator proud, while Nathan's erotic odyssey reflects a generation as much as a single libido." Boyd Tonkin, The Independent 27th March 2009
Home  |  Portfolio  |  Lecturing  |  About David Bryer  |  Contact David  |  sitemap
Copyright © David Bryer
Designed By PerrottDesigns