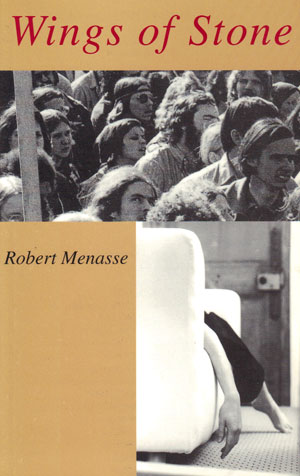 translated from the novel ‘Selige Zeiten, brüchige Welt’ by the Austrian novelist, Robert Menasse, commissioned and published by Calder Publications

The novel’s hero, Leo Singer, the son of Austrian Jews who had fled Vienna during the Nazi period and prospered in Brazil, has returned with his parents as a mature philosophy student, whose doctoral thesis is more in his head and conversation than on the written page.

When his father dies, he has to take on new responsibilities for which he is in no way prepared, and he also has to return to Brazil.

His relationship with Judith, a student with a similar background, transforms itself into a mirror reflection of his problems with the great philosophical work he intends to produce. Mirrors and the stone angel of the title both play a symbolic role in Menasse’s novel.

Accident-prone, with his mind in a different world from everyday reality, he is often a comic figure, not unlike Beckett’s Belacqua, but there is a determination under the scholarly façade that leads to strange situations and consequences.

This is not only an uncoventional love story, but a political novel that gives a disturbing insight into re-awakened neo-Nazi activity in Europe and of life under military juntas in South America. (John Calder)
Home  |  Portfolio  |  Lecturing  |  About David Bryer  |  Contact David  |  sitemap
Copyright © David Bryer
Designed By PerrottDesigns