David Bryer lecturing at a conference in Ansbach, Germany
David lectures on a wide range of subjects, but all relating to literature and history.

Some of these subjects include:
Translating the Alexandrine – a paper given at a conference at Oxford University


'Lord of the Strings' – a lecture given at Ansbach, Germany, on the 4th Earl Stanhope, who adopted Kaspar Hauser, only to blacken his name after his murder.


'Kaspar Hauser in Context' a keynote lecture given at Stourbridge, West Midlands

The above lecture was reviewed as follows:
"David … has immersed himself in this theme for 20 years and more, and what he gave us was a two-hour multi-media masterclass on Europe, 1789-1848, centered around Kaspar Hauser. I was staggered and enthralled." - John Nixon in ASGB Newsletter December 2006

'Relations' – a three-part series on relations between different sections in British society and between the UK and its neighbours and former colonies. These were designed for overseas graduates at the University of Sussex.

Chaucer's Wife of Bath and what women want.  Read flyer

Mary Shelley's 'Frankenstein' – a new look at her famous Monster.

Maids, Minxes and Monsters – Shakespeare’s Women: three distinct types of women in Shakespeare’s plays and how they evolve.   Read flyer

The Christian and the Islamic Feminine ideal: their similarities, their differences.

The Goddesses of the Ancient World and their place in the Modern World.

The Romantic Movement and its decline in the Victorian Age.

Them and Us – the British attitude to authority and its historical origins.

Kaspar Hauser, the short and tragic life of the Nuremberg foundling (1812-1833). 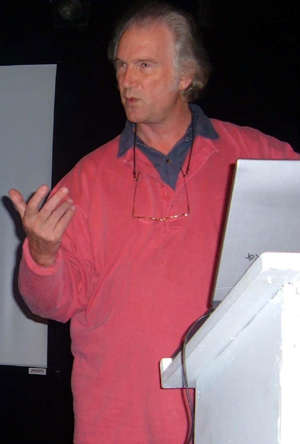