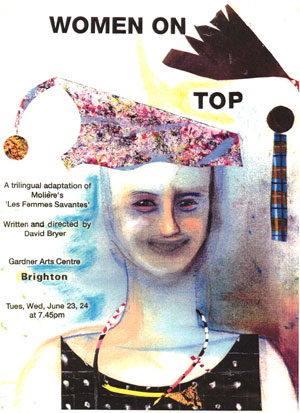 Women on top
a trilingual version of Molière's

This was an experimental piece commissioned by the School of European Studies at the University of Sussex.

The plot of Molière's play 'Les Femmes Savantes' made it possible to keep some of the play in its original French, this being spoken by the snobbish, francophile dragon of a woman, Phyllis (originally Philaminte), who insists, despite the setting being modern London, on everyone doing the same. Her husband, Oscar Stern, is a German Jewish emigré who naturally speaks German with Leo, his brother, and with his sister, who lives with them but who has been drawn into the French clique dominated by Phyllis. The elder of the two daughters toes the line and speaks French but the younger one rebels and insists on English, especially with her American suitor. The part of the maid, Maureen here, was expanded so that she could act like a Chorus figure and so explain what is going on to members of the audience unable to follow the French and the German. 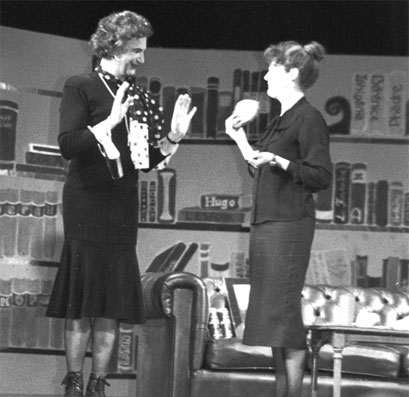 Phyllis, played by the author, David Bryer, with her sister-in-law. 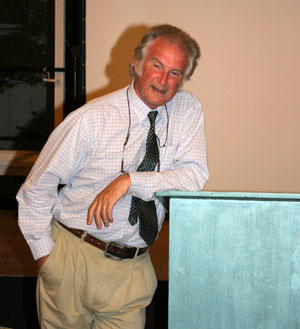