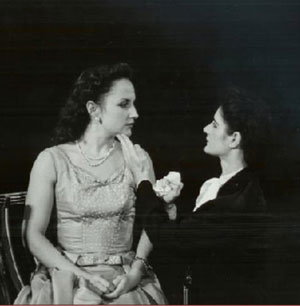 Sadie Shimmin as Hermione and Deirdre
Edwards as Cleone

Andromache
performed at the Donmar Warehouse after a national tour.

What the critics said:
"idiomatic, accessible, even racy - the violent human heart revealed in its vulnerability" - Daily Telegraph 10/8/84

"strong and sinewy without being showy, [the translation] takes you briskly and smoothly to the sense and dramatic purpose - the language is timeless, expressing directly an emotional truth that would be equally valid in the Trojan wars or 17th century France - or in the 1930s" - Guardian 11/8/84

"as in a black and white film, the events emerge in dramatically lurid contrast" - Sunday Telegraph 27/1/85

"makes the opaque alexandrines sound as if the tragedy is a play by T.S. Eliot rewritten by Anouilh, which can only be a relief" Punch 6/2/85 "witty and dark, grasping the elusive ironies" - Observer 24/1/88

Company wins Olivier MOST PROMISING NEWCOMER award for this and the two other shows .

A production of Andromache in a revised form is planned for 2021 by the Oxford Theatre Guild. 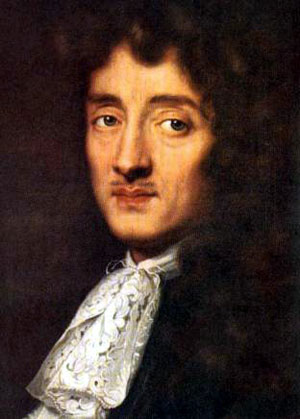