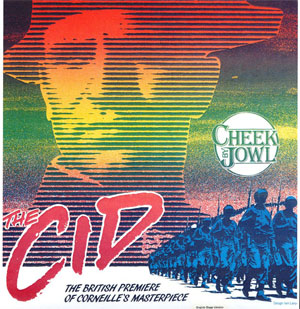 What the critics said:
"Bryer uses a pragmatic mixture of verse forms, rhyming only to make a point more strongly – he is succinct – and properly declines to call attention to himself – The famous outburst of the hero's father is characteristic: Bryer renders 'O rage! O désespoir! O viellesse ennemie!' as 'Oh rage! I could rage! Useless senile hands!', thus liberating a clutter of abstract nouns with one verb of impotent action and combining the formal with the everyday – a wholly English pulse" - Observer 21/9/86

"the approach is to acknowledge the impossibility of emulating the French classical rhetoric and to go instead for sense and structure - believable human beings, strongly characterized, capable of humour, rapid tonal changes and moral contortions that sting the audience into laughter" - The Times 6/10/86

"What also comes with 'The Cid' is new writing for the theatre rather than just translation by David Bryer - a stunning and original work which speaks to us in a modern British voice as an equivalent, displaced allegory on the original - in which neither the feeling nor complexity of that original is lost but rather reborn" - Oxford Times 7/11/86

"David Bryer's new translation has the rhythm of verse, enough to give an idea of the original without plunging into poetics" - Financial Times 22/1/87

"With its fluid rhythms, its few rhymes and its many colloquialisms, David Bryer's translation is very much for the present day" - Sunday Telegraph 25/1/87

On both 'Andromache' and 'The Cid':
"These two shows are immensely exhilarating, not only in themselves but as models from which others could develop. It seems at last that there is a direct means of trans- planting these long-resistant masterpieces and that their content is not inseparable from 17th century versification" - The Times 14/2/87 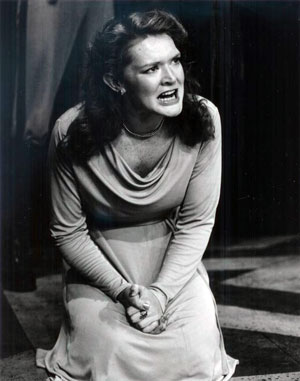