About David Bryer
David Bryer (born Stedall) went straight from The King's School Canterbury into the theatre as an Assistant Stage Manager at the Royal Court Theatre, London. There he worked on the British premiere of Jean-Paul Sartre's play, 'Altona', which starred Claire Bloom. Already his first professional theatre experience, therefore, was with a translated play.

Later, after graduating from the University of Bristol, where he read Drama, English, French and German, he spent a year in Vienna as an Assistant Exchange teacher.

On his return to England David was taken on by the National Theatre, then enjoying what many see as its golden age at the Old Vic under Laurence Olivier.. He acted as interpreter during the famous visit of the Berliner Ensemble in 1965. The other productions in which he was involved were Olivier's 'Othello' (see below), Peter Wood's production (see also below) of Congreve's 'Love for Love', (Michael Gambon had a walk-on part!) and another translation, John Mortimer's of Feydeau's farce 'A Flea in her Ear', which starred Albert Finney and had Olivier playing a minor role, later taken over by a promising newcomer, Anthony Hopkins.
In 1965 David was privileged to be a part of the National Theatre team that went to Moscow with 'Othello', Love for Love' and 'Hobson's Choice, which were performed at the Kremlin Theatre, the first foreign company to be so honoured.

After this magical time, David took an abrupt change of direction and went into teaching for a number of years, working at secondary level in both the private and public sectors. However, the theatre called him back, first as the author of a history play, ‘Edwin the King’, commissioned by the York Theatre Royal for the York Arts Festival and performed by young people from York schools.

Then in 1983 he was commissioned by Cheek by Jowl Theatre company to write a new verse translation of Racine’s ‘Andromache’. This set him off on a twin-track career which he has pursued ever since: alongside translation, for the last 20 years he has taught English at the University of Sussex.  Theatre translations followed – ‘The Cid’, also for Cheek by Jowl, ‘Tartuffe’ for Watford Palace Theatre, and ‘Handling Bach’ for Greenwich Theatre. More recently, the translation work has been of novels from the German, the last theatre work being a collaboration with the director and author, Neil Bartlett, over his production for the RSC and Lyric Hammersmith of Kleist’s ‘Prince of Homburg’. 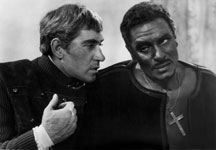 Olivier as Othello, with Frank Finlay as Iago 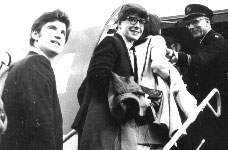 Olivier as Tattle with Geraldine McEwan in 'Love for Love'